Late in the 19th century, a little town came into being in Missouri.

It was to have a long-standing and intricate history as a company town. It would also have its place in the legendary company of one of the first American poets, Walt Whitman, who heralded his visit to Crystal City when he wrote: 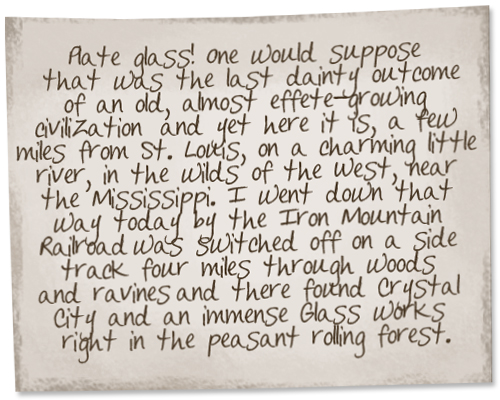 In 1895, Crystal Plate-Glass Company merged into Pittsburgh Plate Glass Company as Works No. 9. The management group and other workers were from England, and they wanted a place for their families to worship. In 1879, St. John’s Mission was established. The mission met in a hall over the company store. Around 1891, the name of the mission changed from St. John’s to Grace Episcopal Church with the Crystal Plate-Glass Company erecting a handsome stone church. It was opened by the bishop of the diocese for divine worship on the third Sunday in Advent. In March of 1892, the first baptism took place. The infant’s name was Bransby Houghton.

Grace Episcopal Church remained a vital part of the community for many years; however, things changed and soon the church was without a pastor. Attendance fell to an all-time low and services were only held once a month. By 1926, a group of Presbyterians from the Festus Presbyterian Church along with others, made a request to create a new church. The Presbytery accepted the generous offer of Grace Episcopal Church made by Pittsburgh Plate Glass Company. They offered to provide for the use and upkeep of the church, the care of the yard surrounding the church, light, heat, janitorial services, a residence for the pastor and $1000 towards the pastor’s salary! On May 30, 1926, Grace Presbyterian Church became a reality. In all, there were 41 charter members of Grace Presbyterian Church. 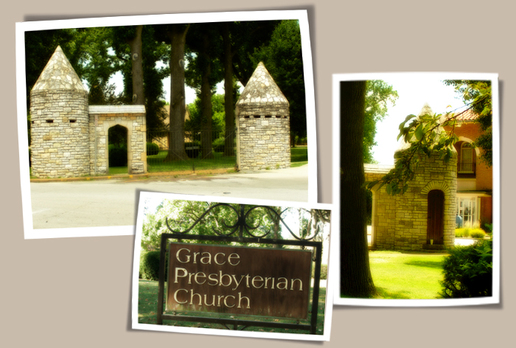 The Crystal Plate Glass Company set aside four acres in the heart of town as the site of the church and surrounding park. Located in an area south of the railroad, west of the Mississippi Ave. and north of Bailey Road, it included what is now Taylor Ave. The park was designed by Ethan Allen Hitchcock, president of the Crystal Plate-Glass Company with the help of a landscape architect.

A square was laid out just inside the park, and from it diagonal walks converged on a central fountain. Wide enough for a carriage, park driveways were covered with a layer of crushed white rock, as were the walks, and all were edged with double scalloped red clay bricks, 8” X 11” in size.

Trees planted included rows of stately yellow poplars with flowers of orange and green. Two Japanese magnolias, one pink, one white, were placed near the fountain. There were evergreen trees, pine, cedar and spruce as well as American holly. Flowering shrubs, beds of roses, clumps of peonies and yuccas, as well as violets and lily-of-the valley flourished, as did the ivy covering the church walls.

In 1895, PPG purchased the plant and all the property owned by the Crystal Plate-Glass Company, which included the park. Later, the park was reduced in size extending Taylor Ave. across Bailey Road. On the west side of the street, lots were laid out and in 1906, John Purcell, Sr., built his home on one of the lots.

The twin turrets or guard towers were later added to the park in 1920. They were designed by James Robinson, a talented employee of PPG. The turret’s stones were selected to match those of the church. Wrought iron gates added the finishing touch. Though placed there to protect the bank, no shots were ever fired. The turrets thus served only to create an imposing, regal entrance to the park. 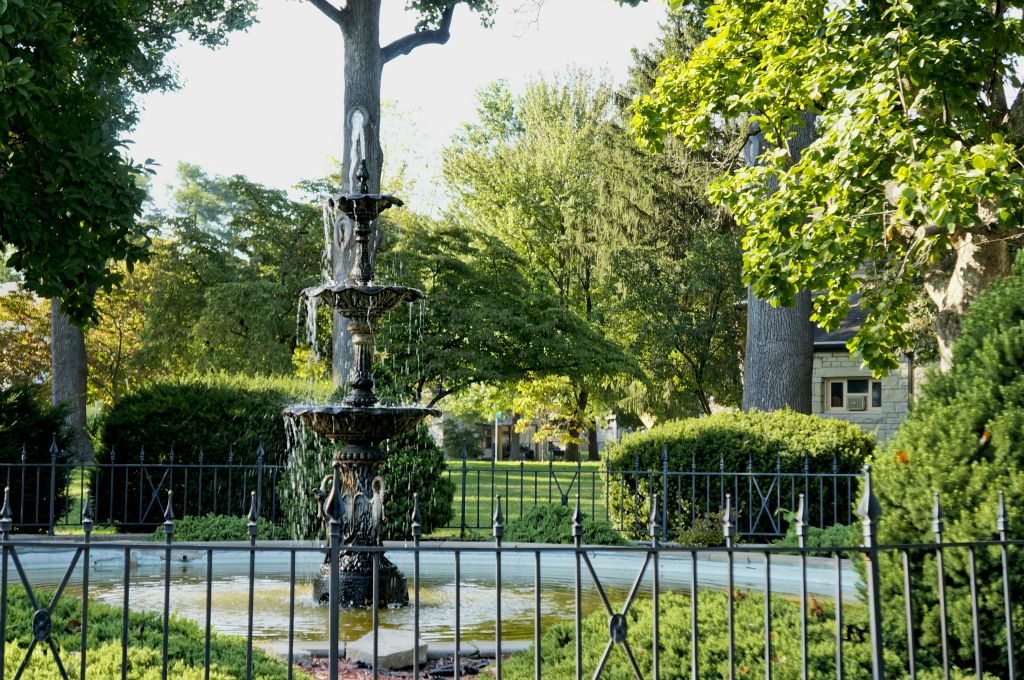